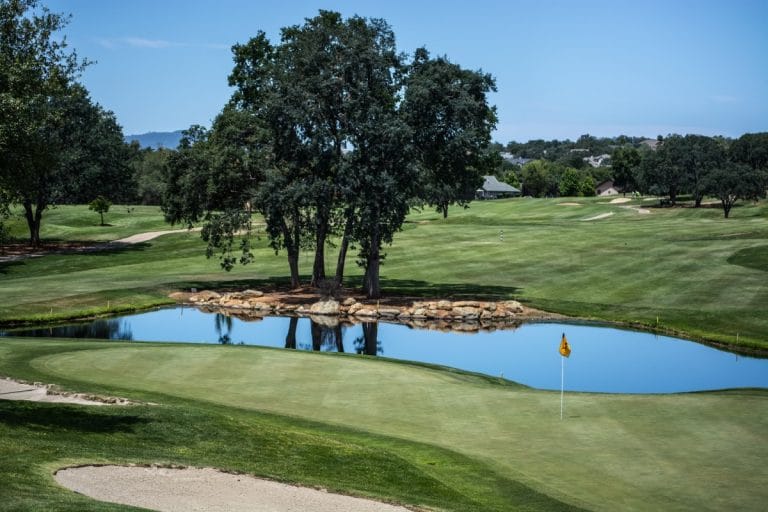 Although it may be a little known mantra, golfing is said to be like Vegas – what happens on the course…

Sure it’s a game that isn’t near as wild as, say, gambling on the strip.  And there may not be ladies with tall-feathered hats serving you drinks, or even coupons for budget steak dinners.  But in the interest of making friends and adhering to a strict course-only rule, many of the same principles apply.  For example, an angry rant where metal objects may have been thrown.  Beverage induced or not, some stories are just left better on the green.

But what really does happen out there?
Of course, some can argue that, because of the code, non-golfers can never truly know – unless tagging along on some sort of ride along. However, it’s safe to say that guesses can be made, even by those who have truly never stepped foot on a golf course. After all, it’s a game, like any other it induces competitiveness, anger, and an array of other emotions. And unlike other sports, it’s one that is an internal mental battle. There’s no teammates to blame, no opposition who “cheated,” it’s just you and the elements. Unfortunately, this can lead to some disastrous results.

As seasoned golfers though, you don’t have to guess; you know exactly what takes place. And like any guilty Vegas vacationer, you hope the mantra holds true. Just in case it doesn’t, in case someone slips or breaks the sacred golfer code, it’s best to protect yourself from the get go. Instead of making yourself look bad, why not play it safe?

The next time you head out to the golf course, take a calming candle and stress ball along with you. Avoid yelling, cursing, drinking, or any other activity that may cause you to spin out of control (or, at the very least, avoid them in excess). What better way to avoid later embarrassment than to not embarrass yourself in the first place?

Golf is known as a tough mental game, one that some just can’t seem to get enough of. When playing, remember to keep yourself somewhat reserved to avoid later unexpected, and perhaps awkward, conversations.

Guest post by Bethaney Wallace, a freelance writer for DiscountGolfShoes.com